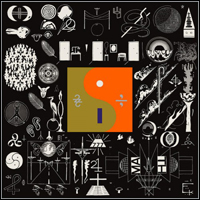 Bon Iver’s first album in five years takes an unexpected turn toward the strange and experimental. And, while I give kudos for taking risks an experimenting, it just doesn’t work out well. 22, A Million features unpronounceable track listings, cut and paste lyrics, densely autotuned vocals, and fractured production. It’s clear Justin Vernon is intentionally trying to distance a segment of his audience, to what end one can only guess, it’s certainly Bon Iver’s most difficult record. But the experimentation, despite having a few transcendent moments, too often substitutes effect for affect.