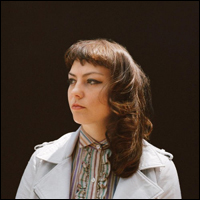 Singer-songwriter and Asheville, NC resident Angel Olsen’s third album My Woman marks her return after “almost quitting music” following the success of her 2014 breakout Burn Your Fire for No Witness. Having found the success of her previous release alienating, she channeled those feelings into this new body of work, with a slightly expanded sonic palette. While the lyrics are often poignant and her voice shines through, the lo-fi/ dull recording quality dampens the affair. And despite her obvious vocal chops, thoughtful lyrics, and generally pleasant melodies the songs strangely are ultimately forgettable.